Effects of Climate Change on Wildlife 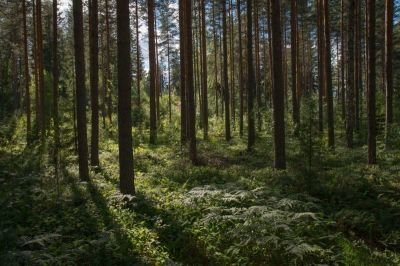 To begin with, it has had a heavy effect on pollinators. They are really struggling to put up with the changes in climate change that have brought earlier booms of the plants that pollinators like bees help in pollinating.

The second effect has come on the birds. The shift of seasons, warming temperatures, rising sea levels, and change in precipitation has heavily disrupted the behavior of birds. The type of birds that are dependent on highly elevated habitats, those that breed at the cost and those that migrate for long distances are the most affected. For the forest birds like the yellow-rumpled warbler and the blue warbler, there is a decrease in the hemlock and hardwoods, which are their habitat. The birds that migrate for long distances have declined because they used to depend on the coincidence between food availability and their shifting time. It is hard for them to adjust their schedule, meaning that they mostly arrive at their destination when there is no food, which has led to a decrease in their population. The birds that nest along the coastlines are affected by the rising sea levels. Strong and frequent storms due to the rising sea levels are washing them away. Moreover, more carbon is being emitted to the ocean. This means that the birds that depend on fish and shellfish are also heavily affected due to increased acidity in the water.

Land mammals are also heavily affected. With climate change, there is a problem for them to adapt to the changing circumstances. Those that need to migrate to suitable locations as the wild beasts do are deterred by the formation of lakes or change of the isolated natural areas. There is also an increase in pests, diseases, and ticks, which pose a major stress level.

Marine life is not left behind in suffering the effects of climate change. There are problems like ocean acidification and warming waters. The warming waters change the water height where some species of sea creatures can survive. This has led to the movement of many sea creatures towards the arctic circles where there is less warmth. Organisms like coral and crustaceans are deterred from developing well in the current acidic oceans. This has a heavy impact on the interconnected food web. The cold stun number of sea turtles have been on the rise. Coastal economies that are dependent on lobsters are suffering because of the increase in the temperature of sea surfaces hence pushing them northwards. They will continue moving until when they will not have any more suitable habitat. On the other hand, the blue crabs have been moving south where there is more warmth. This is because they breed better at cooler climates and it is unlikely for them to be able to breed readily in the cool waters in the north. Click here for more on effects of climate on vegetation and wildlife.

Comments
I BUILT MY SITE FOR FREE USING